During the latest talk show of the informal all-Roma team “Ame Panzh” a very personal subject was in the spotlight: the mental health of Romani people. Joci Marton, Nikolett Suha, Laci Farkas and Judit Ignacz under Boglarka Fedorko’s moderation wheeled the problem of the above average psychological difficulties Romani people have to cope with and what their strategies for dealing with them are.

It is a well known fact from different studies that Romani people have a higher probability of developing mental issues than non-Romani people. Discrimination, inequality experienced at all levels of life, desperation, unemployment etc. increase the chance of developing such illnesses as anxiety, depression, drug usage and mental conditions. On the other hand and in addition to their desperate circumstances, Romani people also have to bear the weight of social expectations.

First, Judit Ignacz talked about the double social standards: Romani people are very often blamed for not having personally shouldered or backed the emancipation of Roma. It is an explicit and implicit expectation on the part of majority society that Romani people should work for their own Roma communities. Sometimes Romani intellectuals are expected to go back to the village where they came from and help their “own” people. It is also expected of a Romani intellectuals to both know what the problems are and to be able to solve those. It is majority society that sets up these expectations for Romani people but they do not impose such expectations on other
members of the society. A non-Romani person usually is not expected to be able to sort out 50-100 years old problems of social inequality on their own. These expectations must be burdening even for those people who do want to help Romani communities. Everybody needs a break sometimes.

According to Niki Suha it is also very harmful if someone unintentionally – and often driven by stereotypes – pigeonholes oneself in the role of the overachiever Roma as Niki did for years. It is rather easy to become a servant to this pressure to perform and, furthermore, attempts to escape poverty gives rise to the feeling of remorse prompted by the fact that one lives in a different reality than the onethey were brought up in.

With regards to minority groups, the impostor syndrome is very typical according to Joci Marton. He has observed on several occasions that once he expresses an opinion on a topic unrelated to the Roma “subject”, he is questioned straight away and his opinion is regarded irrelevant in the eyes of many people. Romani youth are usually prone to think that their personal development was a result of different integration and catch up programs despite the fact that it was them who wrote essays and passed tests. It is hard for them to believe in their abilities and talent until they encounter similar role models in the media. Joci Marton also highlighted that it would be a good idea to create social spaces and communities where Romani youth could support each and acknowledge each other.

Laci Farkas talked about a certain sense of poverty which determines people’s thoughts even years after reaching a middle class social position. The pressure and anxiety caused by poverty can be manifested in the lack of consumer goods, unfortunately in these situations people keep focusing on what they lack and not on what they have already achieved. Of course, there is a custom to credit marginalized people’s inventiveness but this strategy is not a sustainable strategy of survival. The sense of struggle combined with the sense of exclusion is psychologically straining and politicians have also taken advantage of the feeling of desperation and resignation arising from social deprivation.

The subject of self-hatred and internalized racism was mentioned, too. Joci Marton argued that being a minority always involves an unnecessary urge to build identities according to the models of majority society. If negative sentiments against Romani people are high in the society, they will also copy and show negative feelings towards different Roma communities. This attitude produces Roma public figures who adjust their opinion to the opinion of the majority, highlighting the responsibility of Roma and playing down, or even denying the responsibility of majority society. Usually they fail to admit that this problem is a systemic problem.

Niki Suha also addressed the burnout syndrome which results from the previously mentioned burden of performance, the culture of submissiveness (the ‘yes man’ mentality), microaggression towards people belonging to any minority group, and the threat of excommunication. She claimed and highlighted the importance of being aware of our limit to know what kind of recovery each person requires. We have to learn to appreciate our achievements.

Judith Ignacz thinks it would be very important for Romani people to be aware of not only the importance of self-knowledge but also how the lacking of self-knowledge impacts mental health. The burdens of having ethnic minority origins should not be carried for years since such grievances are resolvable with the appropriate medical help.

The members of Ame Panzh listed several methods to sort this problem out: like developing self-knowledge, reading psychology-related publications or taking part in a therapy, having a quality time for ourselves, doing exercises and meditation, being honest to ourselves, and they also mentioned the importance of a safe and observing community. 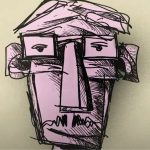 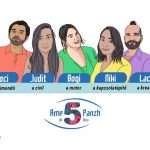